Who’s To Blame back on top of her game 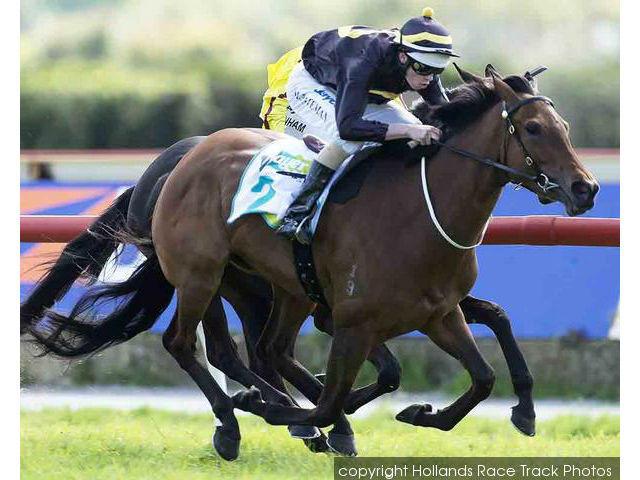 Talented four-year-old Who’s To Blame appreciated the drop in class at last Friday’s Narrogin meeting, returning to form with a fighting win in the Elders Insurance Handicap over 1700 metres.

The Rob Harvey (Jnr.)-trained mare appeared to have lost her way in recent times, when unplaced at her three previous starts, but she was able to knuckle down and get the job done on Friday and capitalise on a gem of a ride from Rob’s jockey son Clint.

“We knew on her best form that she was clearly the best horse in the race, but she still had to improve a bit on her recent form,” Rob’s trainer son Todd said.

“But she was really well ridden by Clint and he was able to get the best out of her.

“It was great to get the win up for (owner) Vern Orr, who has been a great supporter of our stable over many years.”

Who’s To Blame enjoyed a cozy run along the rail in the back half of the field, before improving inside runners from the 600-metre mark. Jockey Clint Harvey saved ground by following the rail on the turn and by the time the field had entered the straight, the daughter of Bletchley Park had shifted out into a winning position.

Who’s To Blame, who firmed from $7.20 into $3.90 on Super TAB in the last two minutes of betting, quickened at the top of the straight to hit the front and pinch a winning break before being hard ridden over the concluding stages to hold on and defeat Dapper Draper by a head.

“She has suffered a few setbacks in her past preparations,” Todd Harvey explained.

“And as a result she probably hasn’t reached the heights we anticipated. But any win is a good win and we will press on and find another suitable race for her in the coming weeks.

“Hopefully, she can take a bit of confidence out of that hard-fought win and continue to compete well this campaign.”

Who’s To Blame appeared to be well above average when winning over 1600 metres at Belmont as a spring three-year-old (defeating subsequent WA Oaks winner Moreish), but several setbacks limited her output and she managed only two placings in nine starts since.