WHO’S TO BLAME, ANSWERS THE QUESTIONS!!! 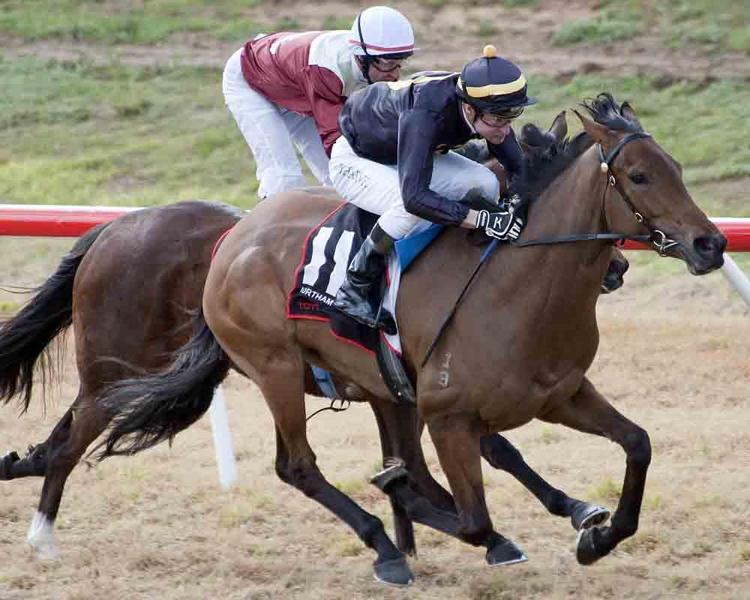 Who's To Blame broke her maiden status on Thursday at Northam in fine style. The Blechingly Park filly was having just her 4th start, and it was a resounding last to first victory. After 2 runs earlier in the season for 2 fourths Who's To Blame was spelled, and her first up run was an unlucky 6th where she had no galloping room in the straight. On Thursday stable rider Clint Harvey wasn't going to have any hard luck stories and settled the filly in last position, before moving her in to the race at the 600m and bringing her down the outside to win comfortably by a length. Who's to Blame was bred by owner Vern Orr, from his city winning Blackfriars mare I'm Gifted, Who's To Blame is her first foal to race. Congratulations to Vern, he has been a long supporter of Harvey Racing and it seems he has a nice filly in the making with Who's To Blame.