Unlucky Overcast puts the writing on the wall 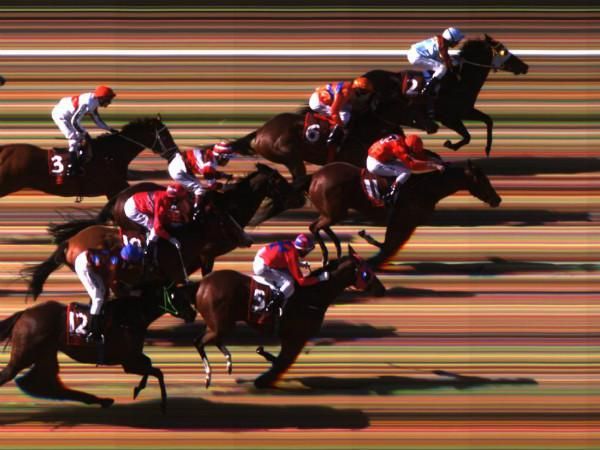 Stratum debutante Overcast produced one of the runs of the day when a slashing fourth in the Wake Up With Frenchy Maiden (1100m) at Northam yesterday.

The Harvey Racing-trained three-year-old bungled the start for jockey Willie White and was forced to settle near the tail of the 12-horse field, in the three-wide line.

But after shifting towards the outside of the track at the top of the straight, Overcast stretched out impressively, making up many lengths to finish only three-quarters of a length behind the winner Dexterous Lad ($3.10 equal favourite).

"Overcast was coming off a strong trial win at Lark Hill recently and we thought he would be very competitive yesterday," Harvey Racing's Todd Harvey said.

"It was a shame that he didn't begin well but these things happen with inexperienced horses.

"But we were thrilled with the way he finished off and he ran the fastest last 600-metre time (34.68 seconds) for the race."

Overcast is likely to return to Northam for a 1300-metre maiden assignment a fortnight from now.

"Providing he pulls up well we will head back to Northam and step him up slightly in distance in a couple of weeks," Todd Harvey said.

"Yesterday's run was impressive and he only has to hold form to go close to breaking through next time out."