TWO FROM TWO FOR AMELIE ARGOT 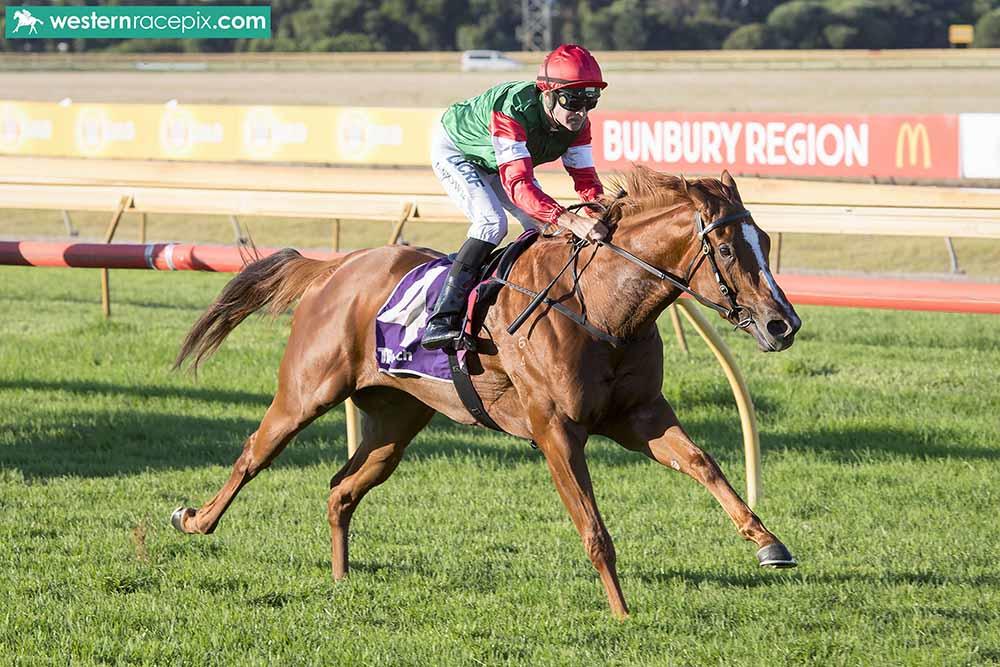 Amelie Argot made it two wins from as many career starts with an emphatic victory at Bunbury Turf Club on Wednesday.

She won the Get The TABtouch Handicap over 1008m by more than three lengths while wearing the beautiful Amelia Park silks.

Jason Brown rode the Not A Single Doubt filly and barely released the handbrake over the concluding stages.

He fired Amelie Argot out of the gates and she displayed her dazzling gate speed to hold the lead and her high cruising speed broke the field up after turning for home.

It was great to see the promising three-year-old return this campaign with a win, following a strong trial and debut win in October last year.

The result also continues the blistering few weeks for the Harvey Racing team who have trained seven winners from their last nine runners.