TURNER FINALLY GETS HIS WIN ON FRENCH 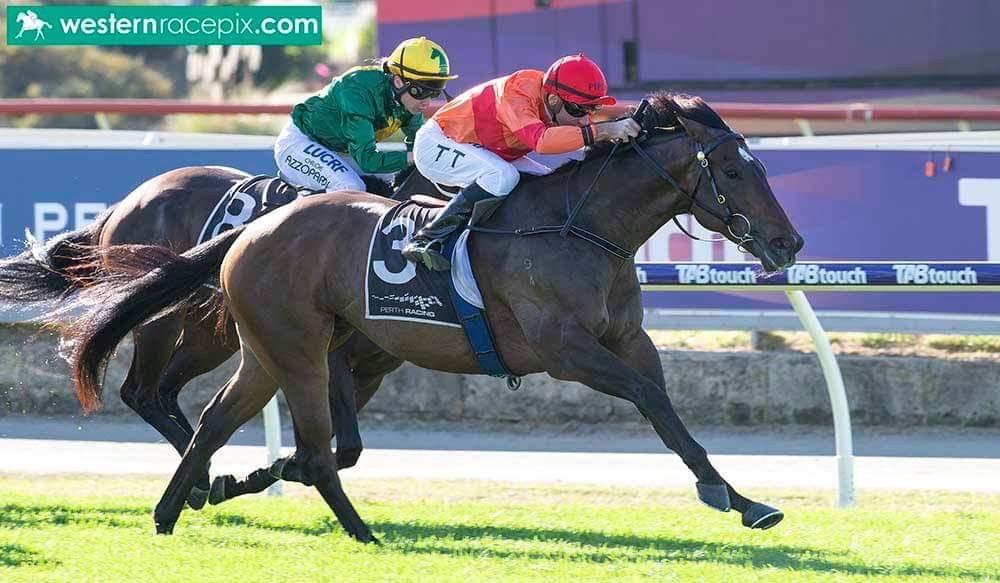 Finally French made it two wins on the trot with his strong performance to win the Amelia Park Handicap 1000m at the Belmont Park opener Saturday. The son of Mungrup Stud based stalwart Oratorio has come back to racing in exceptional form, taking his class one win at Northam on the 5th of May straight to Saturday metropolitan racing with an explosive win. Troy Turner positioned the gelding beautifully from the barrier travelling one off the rail just behind the strong speed. Into the home straight Turner had a hand full of horse under him waiting for a split. The run eventually came and Finally French let down under hands and heels riding to score running away. It was a very satisfying win for trainers Rob and Todd Harvey and Turner, Troy has put in plenty of work with this galloper from a young age and the Harvey’s thought it was a very deserved win. Saturday’s win was Finally French’s third win from just eleven starts with six second placings, he now certainly looks to have winning confidence and can continue on his winning way! Congratulations to his winning owners and breeders Lex & Shirley Piper and Tanya Harvey.