TRADESMAN WORTH THE WAIT 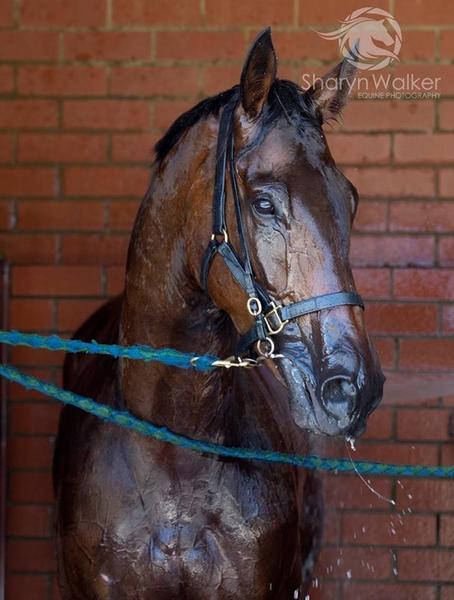 Trade Fair three year old Tradesman looks to be a very nice horse in the making.

The giant gelding showed nice ability in his latest trial on Monday the 8th of December at Belmont Park. Tradesman showed nice speed in the early stages of the 1000m heat to be 4th one out one back. He traveled on and off the bridle in the run and in the home straight stretched out beautifully to finish full of running and place third beaten 3/4 of a length. ''The big fellow raced in a green manner and had he of not laid in over the concluding stages would have won the trial'' reported jockey Jason Brown, ''He gives me a lovely feel underneath and has a huge stride, the penny just hasn't dropped with him yet''.

''Tradesman is a very big slow maturing horse who is taking some time to reach competitive racing'' said co-trainer Todd Harvey "I'm positive Tradesman will be worth the wait we really like him, his owners have been very patient''. The athletic gelding is a full brother to the very well performed Trading Day who also took some time to make his race debut but has now won 6 city races from 20 starts and a further 10 placing's for just over $230k in prize money.

Tradesman has pulled up shin sore following his latest trial and will now be rested and be back bigger and better in 2015.