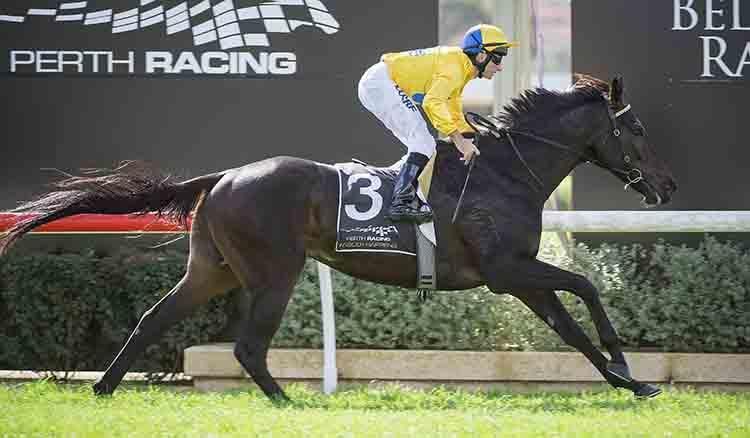 Stable star Tradesman returned in all his glory at Ascot on Saturday the 22nd and didn’t let his legion of supporters down with a stunning first up win!

It was huge effort from the strapping son of Trade Fair! Carrying top weight of 60kgs reduced to 58.5 by claiming apprentice Aaron Mitchell, he beat a quality line up of well performed horses to win the 1400m ratings race.

Ridden to perfection by Aaron, Tradesman had a lovely run throughout coasting along mid field with the speed on. From the 600m point Aaron put the big fellow to the task and he kept coming all the way under his big weight to score a narrow but strong win.

Hopefully its a sign of big things to come for the horse, he will now strike stronger opposition in a bid to qualify for the Railway Stakes and Kingston Town Classic over The Masters Ascot Spring Carnival from the 19th of November to the 3rd of December.