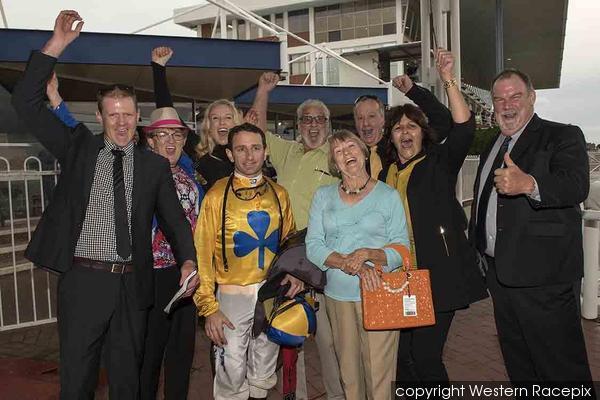 In a three-year-old crop oozing quality, emerging gelding Tradesman stamped himself as one of the most promising with a dominant win in the $100,000 WAROA-Belmont Guineas (LR-1600m) at Belmont today.

The Robert & Todd Harvey-trained son of Trade Fair has enjoyed a rapid rise to prominence, graduating from a maiden win on debut at Northam on May 3 to Belmont listed race only 48 days later.

Ridden by experienced big-race jockey Troy Turner, Tradesman began well from barrier six and was sent forward to share the lead in the early stages, before easing to settle fourth, right on the leader's (Liberty's Gem) heels. It was a sweet piece of riding from Turner who was able to execute 'Plan A' to perfection.

Tradesman did not spend a penny in running and was travelling sweetly in a commanding position entering the straight. Turner pressed the go button 300 metres from home and the $57,500 yearling purchase lowered himself and lengthened stride impressively, hitting the front at the 150 metres and racing clear to defeat Charge Ahead by 1-1/4 lengths, with Coming Back a further half-length away in third. Quality filly and WATC Derby runner-up Keysbrook finished fourth, beaten 3-3/4 lengths (watch replay here).

Today's Belmont Guineas victory netted Tradesman's connections $64,200 in stakes and trophies, as well as a $27,000 Westspeed Extra bonus. He has now won three of his five starts and collected over $130,000 in stakes and bonuses.