TRADESMAN BACK IN WORK 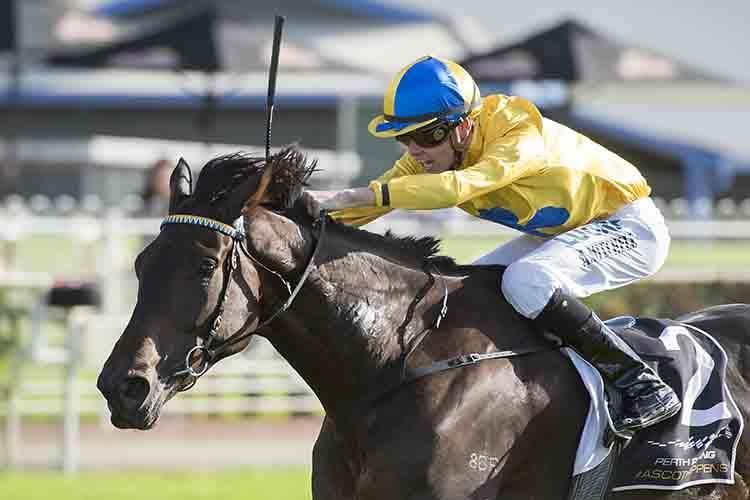 Stable star Tradesman returned to work this week in preparation for his winter campaign.

A short preparation of three runs at Belmont has been mapped out.

He will be looking to back up a terrific Summer campaign which included a fifth in the Railway Stakes, and thirds in the Lee Steere Stakes and Perth Cup.

The seven-time winner will run in the Belmont Sprint, Hyperion and Strickland Stakes. All three are $150,000 Group 3 races on June 3, June 17 and July 1 respectively.

Co-trainer Todd Harvey is very happy with how the son of Trade Fair has returned from his spell at Toreby Park.

“I always like to have a week or two up my sleeve in case something happens, so we have brought him back a little early.”

“He will probably have just the three runs, they are the only logical races for him, and then go out again and get ready for the summer.”

Foundation slow work starts this week for Tradesman, while Hopetoun will also start her preparation.

Todd has one eye on the fillies and mares features at Ascot during the summer for her.

The daughter of Pins out of Ciara is likely to have four or five runs aimed at rising her rating during the winter.

“I haven’t really looked at her over the mile, but I think she would run it strongly.

“She has had a few feet issues, but looks to be over those and the best of her is yet to come.”

Hopetoun has won four times, including a $50,000 Northam feature, and placed on another four occasions from 15 career starts.

Everything going to plan, she will trial in 8-10 weeks.