Too Cool for school 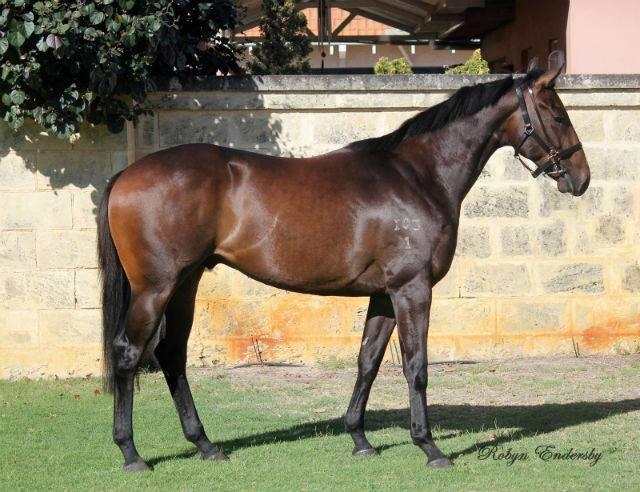 Handsome two-year-old King Cool has created a big impression with two recent trial wins and should prove hard to beat when he makes his debut in the coming weeks.

The Rob Harvey (Jnr.)-trained gelding showed some zip when winning a 400-metre trial at Lark Hill on April 7, and backed-up a week later to lead throughout and score an impressive trial win over 1000 metres at Belmont on Monday. He was piloted by experienced rider Troy Turner on both occasions.

“Troy (Turner) was really happy with him and said that even though he won by less than a length the other day, there was still a bit left in the tank.

“We have decided to give Ascot a miss and set him for the first meeting back at Belmont (May 3). He’s done everything we’ve asked of him this time in work and all the hard work has been done now, we just have to hold him together until raceday.”

King Cool, who will kick off his racing career in the Westspeed 2YO Handicap (1000m) at Belmont on Saturday May 3, hails from one of WA’s most successful families with his dam Icicles (by Don’t Say Halo) being a half-sister to stakes winners Storm Shot, Stormy’s Son, and closely related to 2006 Group 2 WA Guineas winner Vain Crusader.

“She was lightly raced but she did win her first start in a race by six lengths and went on to place in town a couple of times.

“King Cool was passed in at the sales but we really liked him and we approached his breeder Lex Piper and were fortunate enough to pick him up, with Lex and his wife Shirley retaining some of the ownership.”

King Cool, who will race in the Piper’s famous orange and red colours, is a son of former Mungrup Stud-based stallion Due Sasso, who has produced two smart juveniles in Silver Trace and Our Memory Girl this season as well as stakes-winning sprinter Dueton.