STRATOCREED WORKING ON THE PUBLIC HOLIDAY 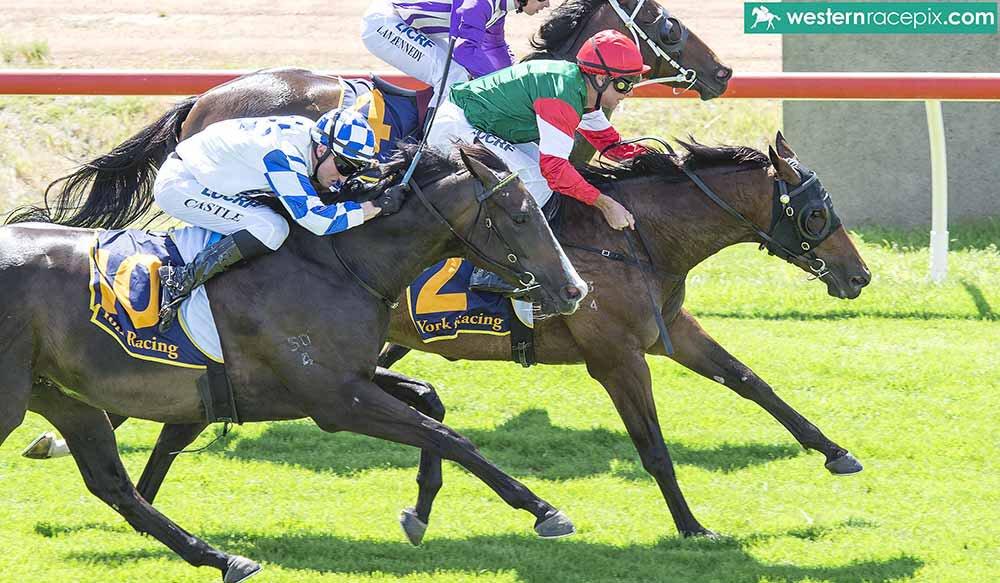 Stratocreed put in work on the public holiday at York to win the Hairitage Hair By Lisa Maiden over 1100m on Monday.

The three-year-old gelding was first up in his second preparation and showed sustained speed and good toughness to win by a neck.

Jason Brown rode Stratocreed after the son of Stratum trilled well in preparation for his return to the races.

Brown was able to spear across the field from barrier nine and find a place outside a strong lead tempo.

He found the front halfway down the straight and had to fight off a tenacious effort from Dunhill Storm (third) and a fast finishing Pixated (second).

Magic Opus almost made it a perfect public holiday for the Harvey Racing team.

The four-year-old mare ran second, the fourth time in her career to go with three thirds in 10 starts.