SAMSURIAN HEADS TO THE PADDOCK A WINNER! 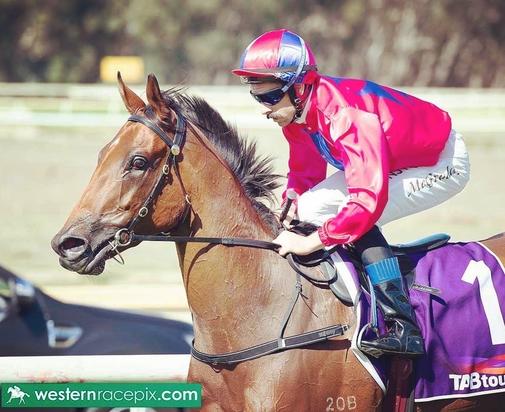 Beautifully related gelding SAMSURIAN will head to the spelling paddock for a well deserved rest following his superb win at Pinjarra Park on the 26th of April. The half relation to group winners SAMOVARE and SAMIZDAT by SNIPPETSON was a strong winner under inform Shaun McGruddy at just his third race start. After leading throughout in the 1200m maiden he was very strong on the line to win by half a length, Shaun was full of praise for the horse on returning to scale saying " He's raw but very talented, he did a fair bit wrong but was still good enough to win".

Samsurian has always shown above average ability since his early educational trials and will only improve as he learns his trade with further racing experience. He certainly looks like following in his esteemed family's winning ways and Team Harvey are very excited about his future. He will be put aside for nice break to further develop and will be one to keep an eye on later in the year!

Congratulations to his huge group of owners who certainly have a lovely horse to be excited about going forward.