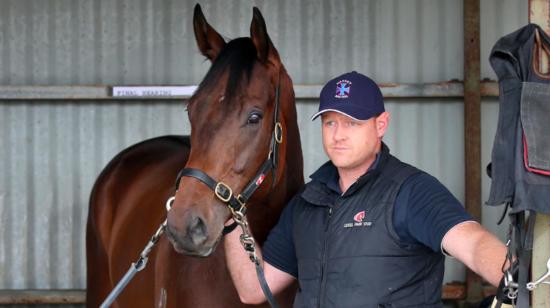 Unbeaten three-year-old Black Sabbath trialled stylishly yesterday and will be entered to race first-up in Saturday week’s TABtouch 3YO Classic (1000m) at Bunbury.

Spelled after Ascot 1000m and 1200m wins in May at his first two starts, Black Sabbath looms as a WA Guineas runner.

“He’s come back well and we couldn’t be happier with him,” Todd Harvey said.

“We’ll nominate for Bunbury, then assess barriers before confirming a start.

“A lot of potential is being shown by Black Sabbath and we’re being patient.

“His distances will be increased gradually with the Guineas in mind, but we’ll look at various options after each of his races.”

Photo by: The West Australian