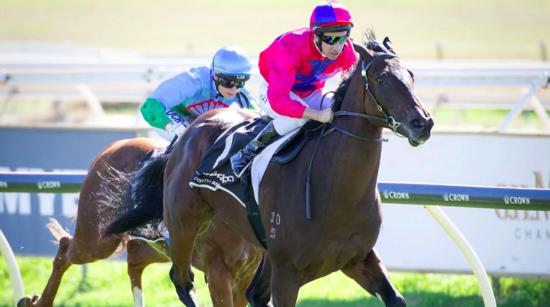 The Blackfriars gelding will start from 15 if the emergencies don’t get runs.

“He’s suited by being ridden patiently and that’s the way he’ll be ridden,” he said.

“We’ll go back and then hope for a little luck.”

Black Sabbath, who Harvey trains in partnership with his father Robert, will be having his fourth start this campaign on the weekend.

“The Guineas has always been his target this time in,” Harvey said.

“His work this week suggests to us he’ll be at his best on Saturday.”

Black Sabbath finished behind Guineas rivals The Velvet King and Lordhelpmerun in the Fairetha.

Robert Harvey trained Kalatiara, who scored her seventh consecutive victory when successful by three lengths in the WA Guineas in 2000.

Kalatiara was ridden by Paul Harvey, who missed yesterday’s Ascot card through illness.

He has been booked to continue his association with Lady Cosmology in the Guineas.

Miller said yesterday Lady Cosmology and stablemate Flirtini were thriving ahead of the Guineas.