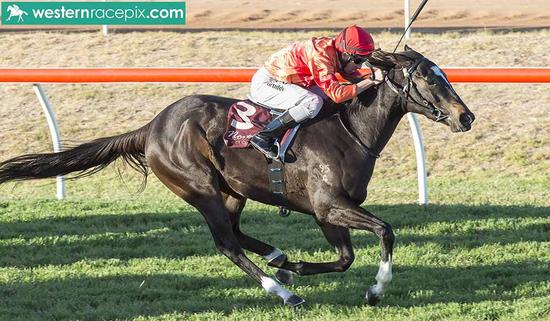 Misty Metal took her total career earnings above $60,000 from just eight starts at Northam on Thursday with a win in the Toohey’s Extra Dry Handicap.

She won in a style that is becoming typical of Harvey Racing.

The daughter of Oratorio sat outside the leader, absorbed the early speed and turning for home, kicked away from the field and was too strong late.

Adding merit to the victory was month between runs.

It was win number two this preparation at run five, also wedged in there was two unlucky metropolitan performances.

In addition to her first three-run campaign, Misty Metal’s prize money is now at $65,125 including Westspeed earnings.