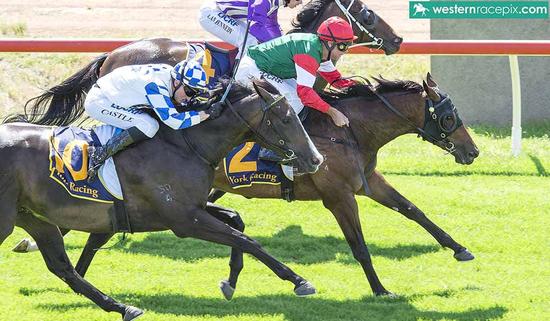 As he does every time he goes to the races, Stratocreed gave everything he had at Ascot on Wednesday.

Unfortunately he was just beaten in a head bobber in the class three Ascend Sales Trophies Handicap over the 1200m.

Guns Of Navarone won by a long head over Stratocreed and Red Army.

Stratocreed dealt with his step up in grade well by landing outside the leader and hitting the lead at the top of the straight, only to be caught in the shadows of the post.

It was the fourth run of the three-year-old gelding’s campaign which has produced two seconds and two wins.

He was joined at Ascot by promising filly Amelie Argot who had no luck at all.

In a deep Wednesday race, Amelie Argot jumped from the outside gate and worked over time in the run.

She ran ninth in the Seacorp Handicap over 1200m.