SEVEN TOP THREE FINISHES IN A ROW FOR MAGIC OPUS 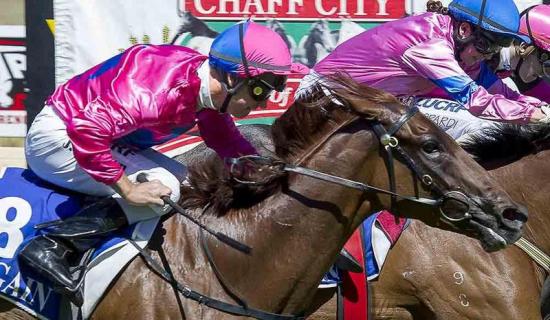 There is no wonder why Magic Opus is a stable favourite, she has missed the top three in just one of her 12 career starts for Harvey Racing.

Aaron Mitchell partnered the daughter of Beaugondo again and bounced to the front of the field.

He was able to control the race from that position and fought off the heavily-backed Lies In Disguise.

Unfortunately Chesten Flyer, a horse who has been competitive in higher grade races, snuck up the inside to claim victory.

It was a tough ask for the youngster first up over 1400m, but the son of My Admiration equipped himself well in a race that had Group 3 form in it.

Jason Brown was aboard and was working in restricted room for the majority of the home straight.

Harvey Racing is looking to continue their good form on Saturday with Gifted Warrior in three-year-old grade.