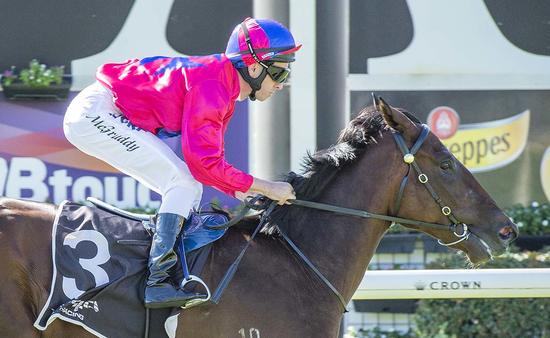 One winner and a second from two runners at Ascot on Saturday for Harvey Racing.

Black Sabbath won on debut in the two-year-old race and Finally French ran a gutsy second in a high quality three-year-old event.

The son of Blackfriars defeated Market Ruler who carried Karrakatta Plate form into the race.

Shaun McGruddy steered and found his way to the front of the field and from there, was in no danger.

Although he wanted to have a look around and switch off late, the big Black Sabbath was far too good.

Another galloper the stable has a high opinion of is Finally French and he continues to impress.

Finally French was beaten a neck by Maquerade in the TABtouch Handicap.

Troy Turner was able to find a perfect position in the run for Finally French’s first Saturday assignment and first attempt at 1200m.

Keep an eye on both these progressive gallopers, they’re talented.