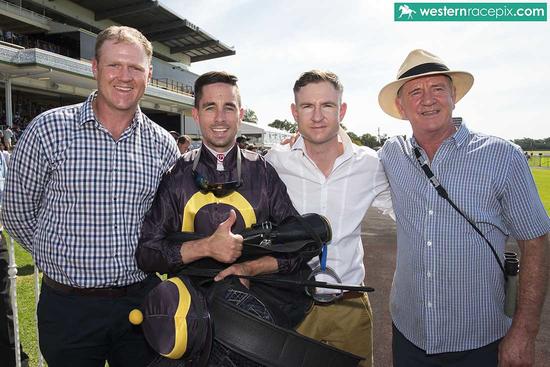 Gifted Warrior lived up to his name in his return to the races on Good Friday at Ascot.

The victory continues a good run for Harvey Racing with four winners from the last five they have saddled up.

In front of about 10,000 spectators, Gifted Warrior won the Amelia Park Karrakatta Plate Day – 14 April Handicap over 1200m by half a length.

It was win number two in the son of War Chant’s short career of three starts.

Shaun McGruddy rode Gifted Warrior and settled midfield after jumping from barrier 10 and had to seek cover in the three-wide train.

Coming off a good trial in preparation for his first up assignment, the three-year-old gelding peeled out wide on the track turning for home and was strong to the line.

He collected the $11,210 winners cheque by beating Guns Of Navarone and Demeritorious.

Gifted Warrior is beginning to fulfil the high stable opinion of hom and has kicked off his second campaign in style.

He is one to watch.