MISTY METAL RETURNS TO THE RACES 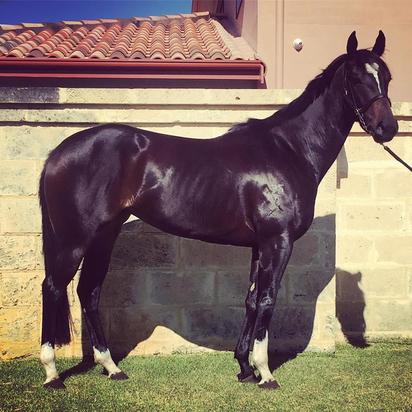 The promising filly Misty Metal made her return to the track with a tough second at Pinjarra on Thursday.

After an impressive trial leading into her first up run, Misty Metal was supported in the market, but just unable to run over the top of tough on pacer Just A Fluke.

Aaron Mitchell rode Misty Metal down the straight at Pinjarra in her first go in those conditions.

She jumped well and was able to settle just behind the speed set by Ice Maker and eventual winner Just A Fluke.

Misty Metal was there to win late in the race, but was just unable to find that extra gear needed first up.

It ended a four-and-a-half month break from the races for the daughter of Oratorio.

She will take plenty of improvement out of the performance and hopefully repeats her second-up run of last campaign which saw her competitive in Saturday grade.