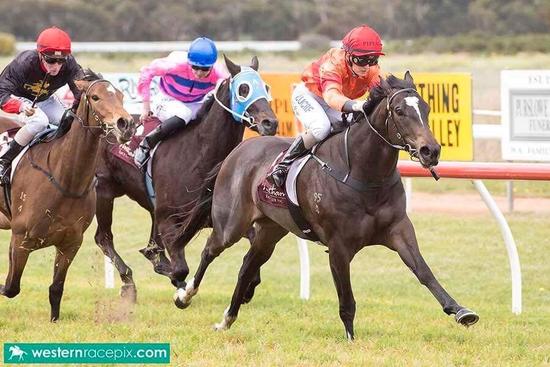 Misty Metal has done a great job for Harvey Racing this preparation and faces another test on Wednesday at Belmont in her third career start.

The Oratorio filly has gone from being broken in to an eye catching Saturday performance all in one preparation.

Aaron Mitchell jumps in the saddle and will exit from barrier two.

Her last run suggests Misty Metal should be up to Wednesday’s David Gray’s Aglink Handicap over 1200m.

The three-year-old got out of her ground from a bad draw last start, but was one of the best closers in the race behind Dynamite Dream.

That came after winning at Northam on debut.

Misty Metal drops in class to a no metro wins in the last year race for three-year-olds and goes up in trip to 1200m.

Co-trainer Todd Harvey said has done a great job to do what she has in her first preparation and is confident of another good performance on Wednesday.

Misty Metal was also nominated for Saturday, but drew wide so the stable decided to run her Wednesday.