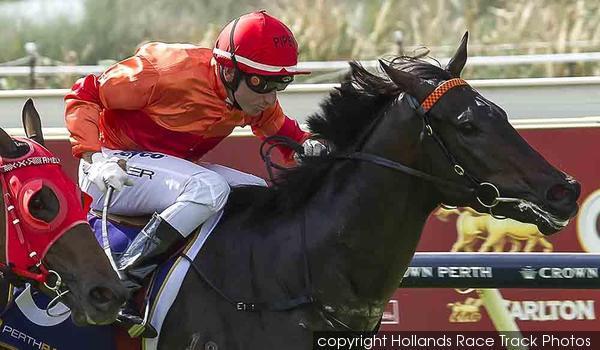 Smart sprinter Marchand is set to make his return to racing in the tabtouch.com.au Handicap (race 4) over 1000 metres at Belmont this Saturday.

The Robert and Todd Harvey-trained five-year-old is on the comeback trail, having been on the sidelines since placing over 1100 metres at Ascot on November 9 last year.

But Marchand signaled he was in for a profitable campaign with a sizzling 1000-metre trial win at Belmont on August 18, when jumping straight to the front and striding clear in the straight to score by 1-3/4 lengths.

"Marchand is back fighting fit and he showed in his trial the other day that he is right on top of his game," Todd Harvey said.

"His trial time (60.30 seconds) was the second fastest of the morning and he has done everything right since.

"In-form apprentice Andrew Castle has been booked to ride and he is a good each-way chance first-up at Belmont on Saturday."

Marchand is one of three starters for Harvey Racing, with honest mare Novadarl and stable star Rouge Dior lining up in races seven and eight respectively.

"Troy Turner has been insisting that we try Rouge Dior over 1400 metres," Todd Harvey said.

"And she lands in a competitive race on Saturday with three-kilo apprentice Emma Stent on board. You would think she could lead them up easily and hopefully she can have a kick on her in the straight.

"Novadarl will get the run of the race from the good barrier draw on Saturday and we will probably ride her a bit patient. We were probably a bit aggressive with her last start."

Gondo Rose appears to be the best winning chance with the three-year-old Beaugondo filly coming off an impressive trial win at Belmont on August 18.

"Gondo Rose has ability but is making her race debut and is obviously lacking raceday experience." Todd Harvey said.

"Her trial win was pretty strong and we're looking forward to heading to Pinjarra tomorrow."