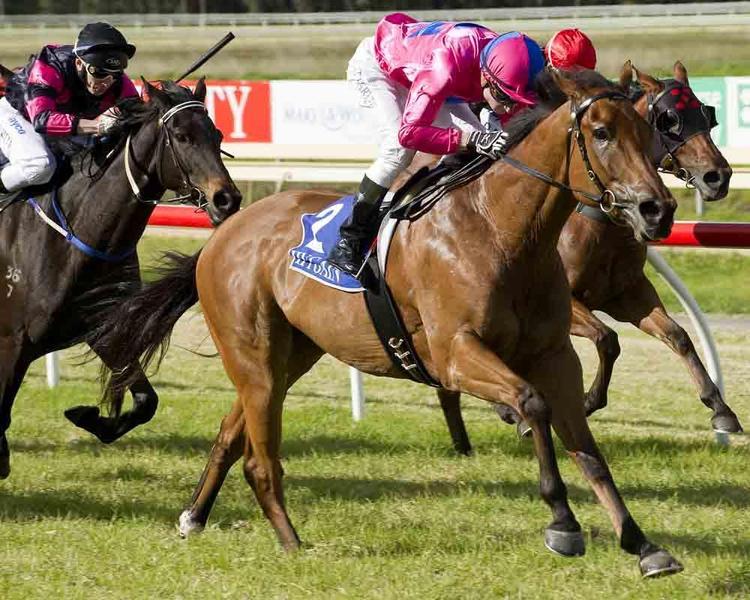 Helenus 4 year old Scamandrius won his first race in brilliant fashion at  Pinjarra on Thursday. After a very unlucky 2nd first up Scamandrius went one better and won with ease at just his 3rd start. After jumping well from the gates stable rider Clint Harvey settled the robust gelding mid field, before balancing him up into the straight and letting him down to record a very easy win. He was not touched with the whip and won by 1.75 lengths eased down. Scamandrius has been a very slow maturing type and has had a few minor problems in past preparations but now looks set for a very bright future for Harvey Racing and owners Clint Spencer and Nick Archibald. Bred by Clint Spencer from Tribu mare Golden Tribu, Scamandrius is her first foal to race. Congratulations to Clint and Nick, they have been very patient with Scamandrius and city class racing now beckons with their talented gelding.