SAVERIO TO BE TESTED OVER A MILE 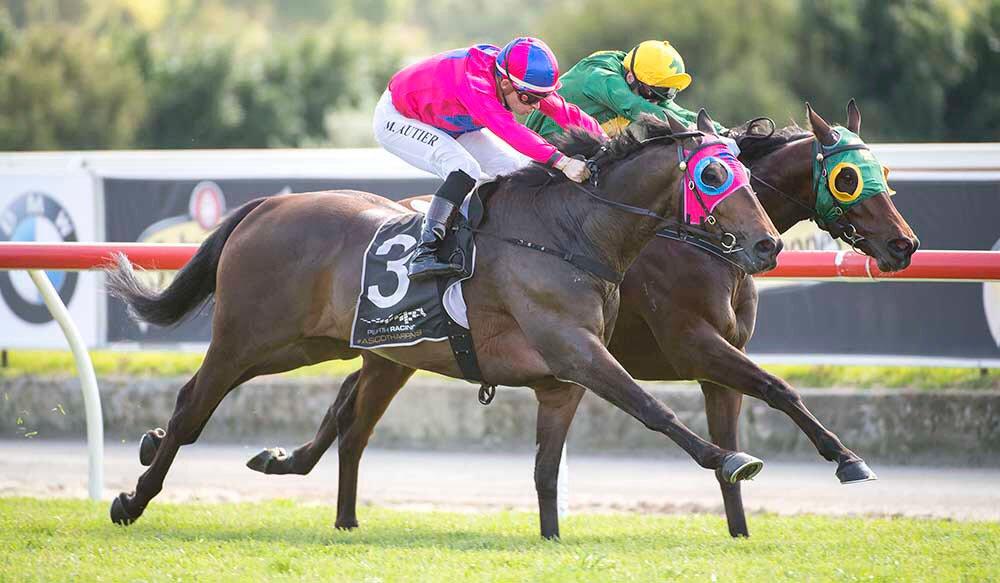 It’s been a long time coming, but finally Saverio got his maiden win on Saturday at Belmont with a tough performance over 1400m.

The triumph came at career start number 10 and was well deserved after two very good runs to start his campaign.

The writing was on the wall last weekend, and the seven-day back up proved no issue.

He paired off with Comparative from the Neville Parnham stable with a furlong to run and eventually grinded away to win by a nose.

There was a further one-and-a-half lengths back to third and almost three lengths to fourth.

Matthieu Autier rode the son of Savabeel and settled midfield in the Get The TABtouch Maiden.

Saverio travelled well, peeled out three-wide just prior to the turn and was too good.

He won like a galloper that could again improve over more distance.

“Saverio will go to 1600m next start and we look forward to seeing him over 2000m also,” co-trainer Todd Harvey said.

The victory, more than three years after his debut, was a good reward for the patience connections have shown.