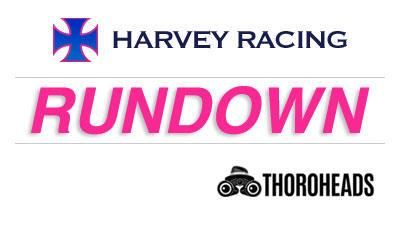 Race 8: 1400m; 12 runners; Clint Harvey; W7.90 P2.60
Only fairly away from 3 but was able to drop on to the rail shortly after the start and work through to settle 6th (rail). Began to drift back along the inside from the 1000m, lost momentum when held up behind a tiring runner on the bend and was 11th (2-wide) turning for home. Accelerated between horses when let down at the top of the straight but her run came to an end at the 200m, working to the line evenly late to finish 7th beaten 5.8L.

We expected Who's To Blame to fight out the finish yesterday but she was on the disappointing side. While she lost her position in running we still believe she was entitled to run on a bit better than she did.

Was running after a six-week let-up so we are hoping she will improve with yesterday's run under her belt. Importantly, she has pulled up very well and another race will be selected for her in the coming fortnight.