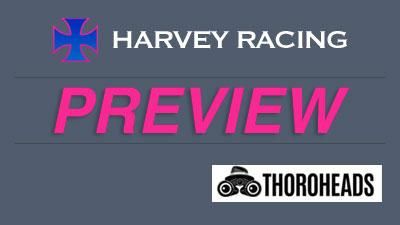 My Dirty Secret races first-up from a spell today and has been sharpened up for this with two encouraging barrier trials already this preparation.

Went hard and fast with the blinkers on in the early stages at her latest 950m Lark Hill trial (28/04) before fading in the straight, so we have decided to race her without blinkers today to get her to settle better.

Runs into a pretty tricky two-year-old maiden here with some of her rivals having strong race and trial form, but she has a nice barrier and should be really enjoy the run of the race behind the leaders. Looking for a competitive effort here and we would be pretty happy if she could hold on and pick up some minor prizemoney.

Pago Minx has gained a start after being first emergency at acceptance time and we are eager to see how he performs today.

We have made some gear changes (blinkers off/winkers on) and have changed his training programme significantly. This horse works himself into a frenzy before his races so we are hoping the changes allow him to relax and produce his best on raceday.

Does have some ability but we are really just looking for an improved, competitive performance.

Blustery produced a much improved second trial over 950m at Lark Hill (28/04) recently, and would have gone close to winning the heat had she not been squeezed for room over the final 150m.

So trial form is better than it reads (as she did miss the start badly at her first trial outing) but she does face a toug task from the wide barrier on debut today.

Will get back in the field and will need a fait bit of luck in running, but we would be happy to see her run on well in the straight and finish better than midfield.