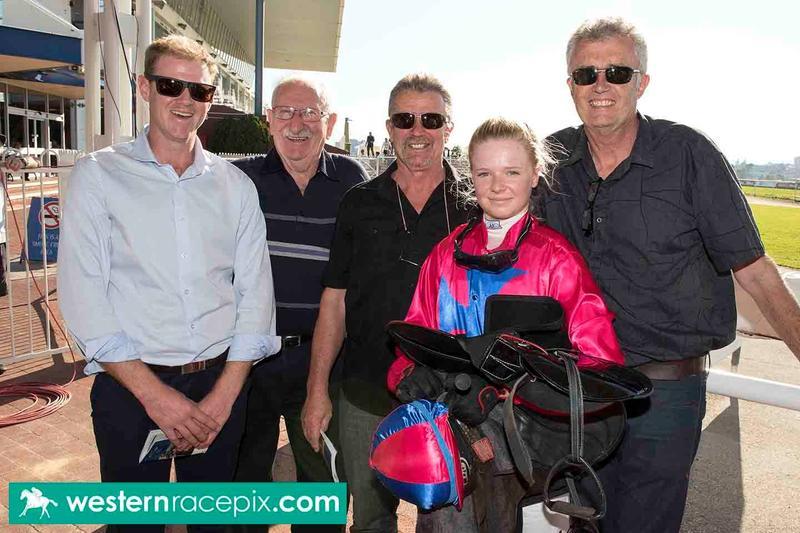 The newly-formed Robert and Todd Harvey training partnership got off to the best possible start with consistent mare Novadarl saluting the judge in the TABTouch-Your Industry Your TAB Handicap (1200m) at Belmont on Wednesday.

The father and son held separate training licenses but decided to combine their forces for the start of the 2014/15 racing season, with the five-year-old daughter of Shamardal being their very first starter.

Ridden by gun apprentice Lucy Warwick, Novadarl ($10) was nestled away in a midfield position in running and was coiled-up, ready to bounce behind a wall of horses turning for home. But as is becoming her trademark, Warwick remained patient and allowed Novadarl to shift outside heels shortly after straightening and timed her winning run to perfection, striding past the favoured Fairway To Venus ($3.70) to score by a half-length.

"It was a great result for the Novadarl connections and for the new partnership," Todd Harvey said.

"We are really happy with the way she has trained on this preparation and her first-up run at Northam was encouraging, but if anything we thought she may be a run short on her best second up on Wednesday.

"But she was ridden perfectly by Lucy Warwick, who is such a professional young lady, and Lucy was able to get the best out of her. She told us pre-race exactly where she was going to be in running, who she needs to be following, and that's exactly how it unfolded.

"It was a great day at the track all-round and we couldn't be happier."

Harvey is of the opinion Novadarl is ready to take the next step this campaign, after having always shown considerable promise, even as an early two-year-old.

"She's never been better and is really coming into her own now as a five-year-old," he said.

"Dad and I are confident she can pinch a Saturday win this time in and we are thinking of heading towards a 1300-metre fillies and mares race at Belmont on Saturday August 23.

"There are a couple of other options available for her next start, but she will be super competitive in whatever race she contests."

Harvey also has a strong opinion of lightly-raced four-year-old Saverio, who was a fast-finishing second in the Gannons Part Of Every Raceday Maiden (1300m) at Northam yesterday.

"Saverio was a huge run," he said.

"The wide barrier draw meant that we had to drop out the back and for him to run on as well as he did suggests he's a horse with a bit of quality."

Saverio has raced three times this campaign for three second placings but shouldn't be a maiden for too much longer.