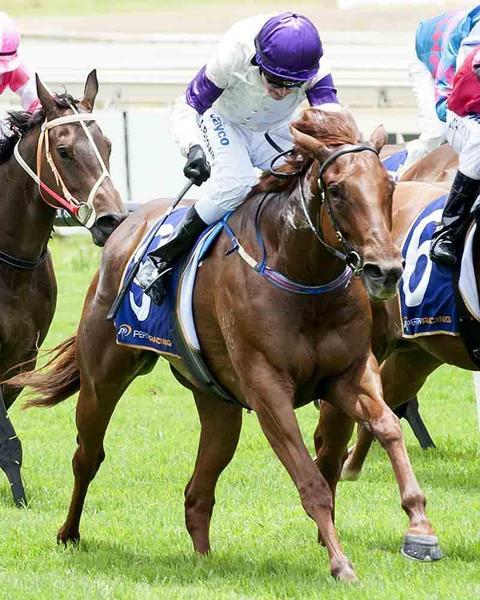 Top three-year-old prospect Novadarl broke through for her maiden win with a decisive performance in the PlayerOnline Maiden (1100m) at Ascot.

The filly was placed on debut as a two-year-old before turning in a creditable effort in the Listed Gimcrack Stakes but showed she has developed physically and mentally in her 37-week break.

Novadarl won a trial at Belmont Park in the lead-up to her racetrack return before Winterbottom Stakes-winning jockey Jason Brown partnered her at Ascot.

The daughter of Shamardal began fairly but a strong early gallop left Novadarl travelling comfortably midfield for Brown for the first 500 metres of the $10,000 event.

Novadarl suffered interference when one of her rivals hung out passing the 450 metres before the filly improved into the race rounding the home turn.

Brown pushed Novadarl to chase the leaders before the Todd Harvey-trained filly hit her top inside the 200 metres to score a decisive win, justifying the trainer’s decision to buy her at the 2011 Perth Magic Millions Yearling Sale.

The filly is bred to perform in better company as she gets older as her dam is a half-sister to the multiple stakes winner Stormy Nova, who won twice at Group 3 level and at Listed level on another two occasions in a terrific career.