More Cups on the cards for Silver Minx 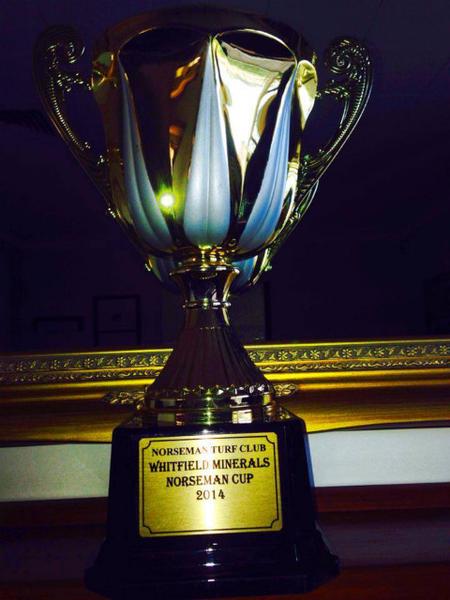 Tough as nails six-year-old Silver Minx romped away to claim his second country cup of the season in the Whitfield Minerals Norseman Cup (1900m) on Saturday, but connections are already eyeing off a third.

“We’re going to give him an easy time of things after the long trip to Norseman and back,” Rob’s trainer son Todd said.

“Most importantly we’re going to have to see how he recovers, but we are eyeing off either the Pingrup and Mingenew Cups.

“He received three rating points for winning at Norseman, which pushes his country rating up to 72, so he will get plenty of weight (60kg) in both those races.”

Silver Minx, who had won only one of his first 21 starts, has been a revelation on the country/outer provincial circuit this season winning four and placing at one of his past nine starts. He has also pocketed over $37,000 in prizemoney this season.

Silver Minx was the second leg of a significant training double for Harvey Racing, with three-year-old Detroy Country breaking through to win the Norseman IGA/Statewide Oil Distributors Maiden (1000m) earlier in the programme.

“So it was a homecoming of sorts for Dad to go back to his hometown and it was definitely a thrill for the whole family to win the hometown Cup.

“Dad said the day was well attended and that he was able to catch up with a lot of old friends, who had come a long way just to make it back to Norseman for Cup Day.

“That is was country racing is all about.”