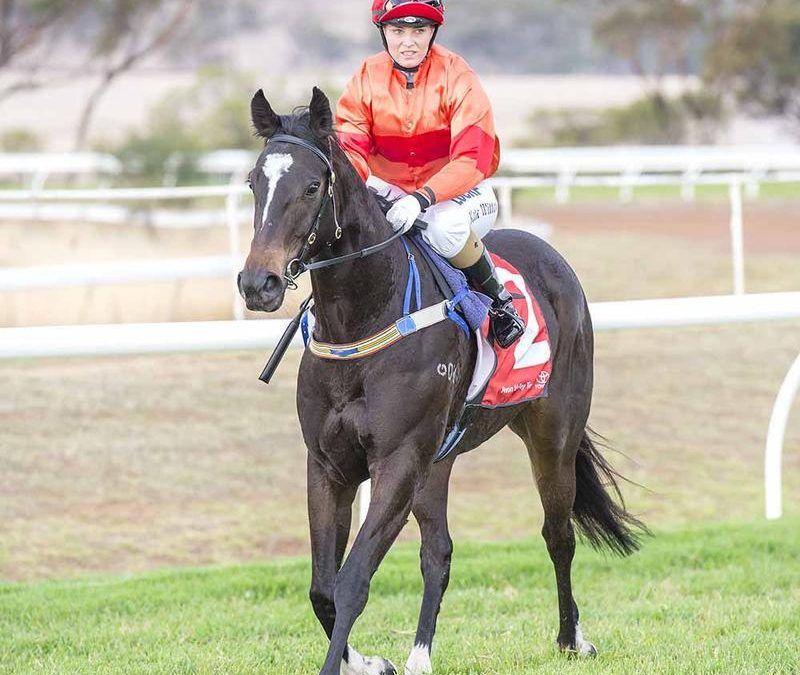 The speedy filly won for the fourth time in her career in the Avon Valley Toyota Handicap over 1100m, three of those wins have come at Northam from three attempts.

Her most recent victory come over Don’t Fuss and was her second consecutive in class three company.

Kate Witten jumped on the three-year-old for the first time under race conditions.

Kate and Misty Metal left the barriers well to find a position outside the lead during the run.

And, in what has become typical fashion, Misty Metal travelled beautifully in the run before letting down a devastating turn of foot once the field turned for home.

It has been a very successful campaign for the daughter of Oratorio who has won three times and finished second twice, from six runs.