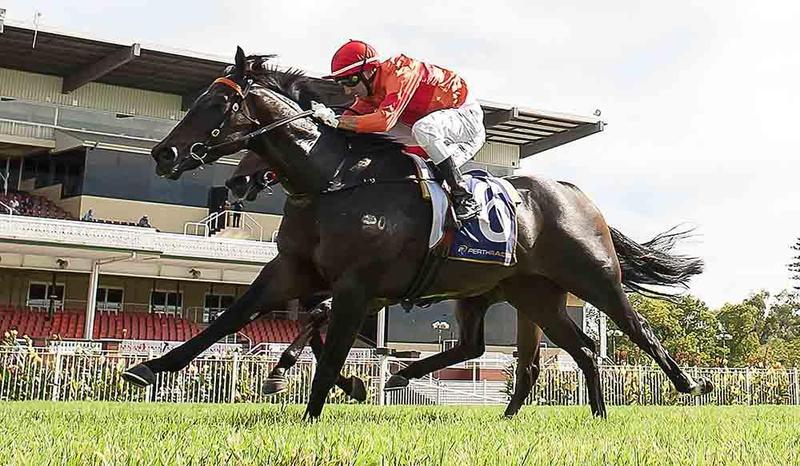 Trainer Robert Harvey’s patience with Marchand paid off when the gelding produced a strong debut performance to claim the Crown Perth Handicap (1000m) at Ascot.

Harvey first trialled Marchand in October 2011 but the gelding took almost another two years to make the racetrack, despite trialling well in September 2012 and January this.

The persistent issues that delayed the start of Marchand’s racing career looked to be behind him as the son of the Australian-bred stallion Oratorio showed good pace early in the $20,000 race to be right on the speed before jockey Troy Turner restrained him to take a sit behind the front-runners.

Marchand travelled comfortably through the middle stages, leaving enough in hand for a finishing burst when Turner decided the time was right to produce him.

Turner pulled Marchand four-wide rounding the home turn to ensure he had clear running but waited until the inexperienced galloper was balanced early in the straight before asking for an effort.

Marchand accelerated impressively at the 250 metres to surge past the leaders, opening a length margin, before fighting hard to beat Dream Merger, which had every chance to reel in the winner n the closing stages.

Marchand scored by a long head to the joy of owners Gail and Robert Harvey and Lex  and Shirley Piper, who have persevered with the talented prospect until his terrific debut performance.

Congratulations to all concerned with Marchand’s game debut win.