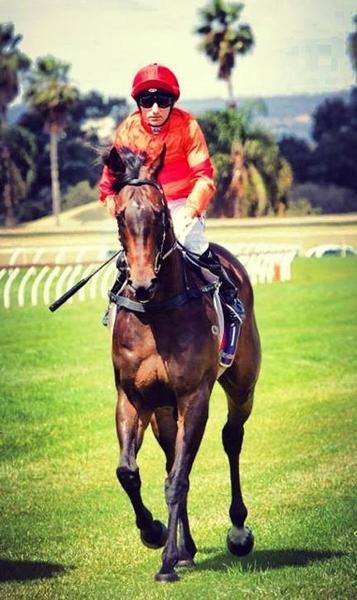 Impressive 4yr old Marchand returned a strong first up winner at Northam on the 12.9.13. Marchand kept his perfect first up record in tact and has now had 2 wins when racing first up, following his debut win at Ascot earlier in the year.

Ridden to perfection by top hoop Troy Turner, Marchand sat in second position in the 1100m dash before striding to the lead in the straight and holding off all challenges to win by a short head.

Marchand didn't win by a big margin but the most impressive part of his win was the fact he carried 60kgs, a heavy impost for a most inexperienced racehorse!

Marchand certainly looks set to follow family tradition with his half siblings being top Harvey Racing gallopers Frenchman and Rouge Dior who combined have won close to $500,000 in prize money and winning 15 races between them! Marchand's record now stands at 2 wins 1 second a 4th and a 5th from five starts.

Congratulations to winning owners Lex and Shirley Piper and Rob and Gail Harvey. Marchand certainly looks set to make his presence felt over the spring at Ascot.