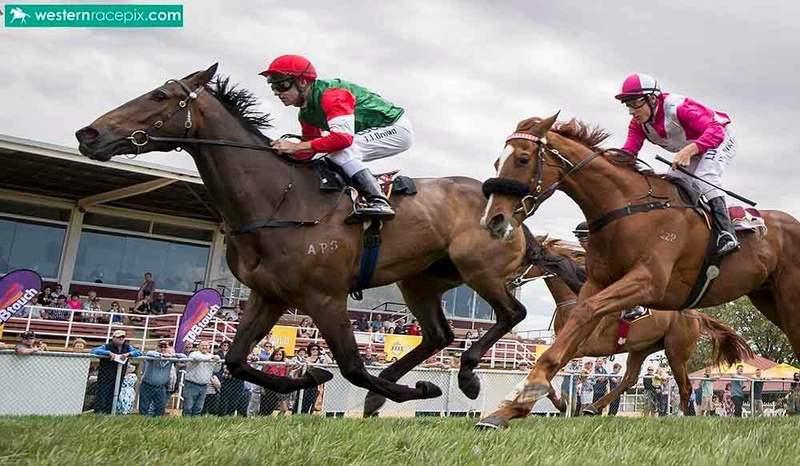 Harvey Racing will saddle up four runners this week, starting Wednesday at Pinjarra with Indefatigable and Crinklecut.

Indefatigable lines up over 1200m in a class three to kick off his preparation.

Co-trainer Todd Harvey is bullish about his chances in a race with plenty of chances.

“He has tightened up well from his trial and his fresh record is good so I think he is a good each way chance,” he said.

He will be travelling down the freeway with Crincklecut, a stallion crying out to win a race.

Crinklecut has flown home at his last two starts, including a third behind Eleven Seconds who won again last Saturday at Ascot.

“If he had drew a gate he would have been very hard to beat,” Todd said.

“We will go back and ride him for luck, but he has improved from his last start.”

The team will also head south on Thursday with Iron Maggie and Outspoken Duke engaged at Bunbury.

Todd is confident both will run good races on Australia Day.

“I know she (Iron Maggie) has had a few starts, but she is only just understanding to be a race horse,” he said.

Iron Maggie is getting closer to breaking her maiden status with a trio of third places from her last three efforts.

She is accepted in race three while Outspoken Duke begins his campaign in race eight over 1410m.

Todd said he is very forward for his first up assignment after two trials and expects a forward showing.

“He should have won more races then he has,” he said.

“We will work him up to middle distance races and hopefully he progresses through his grades, his second trial was good.”

Good luck to all connections with runners engaged this week.