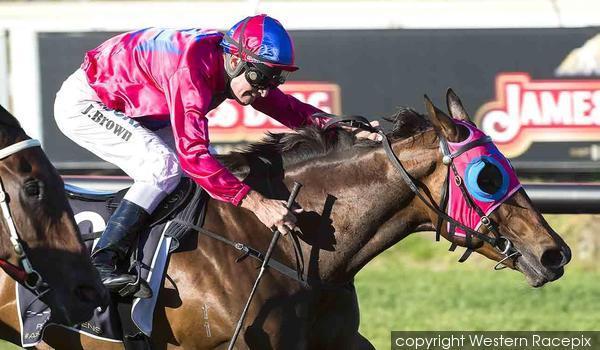 Pins import Hopetoun returned from a successful last campaign in a blaze of glory at Ascot on the 25th of November.

The four year old mares win at Ascot continued her very good form when racing first up, having now produced two wins and a third when returning to the track!

A superb ride from in form jockey Jason Brown got the progressive mare across the line. Hopetoun drew well in barrier 1 in the 1200m event and was given a beautiful run just off the speed, coming to the turn Jason had a handful of horse under him and he elected to bring her off the rail and not wait for the cut away. This move inevitably won Hopetoun the race! She showed a beautiful turn of speed and won the race by a head.

Hopetoun now has the very good record of six starts for two wins and two thirds and promising career beckons for the four year old. The New Zealand bred mare has taken time to mature, and now at four looks set for a very good campaign.