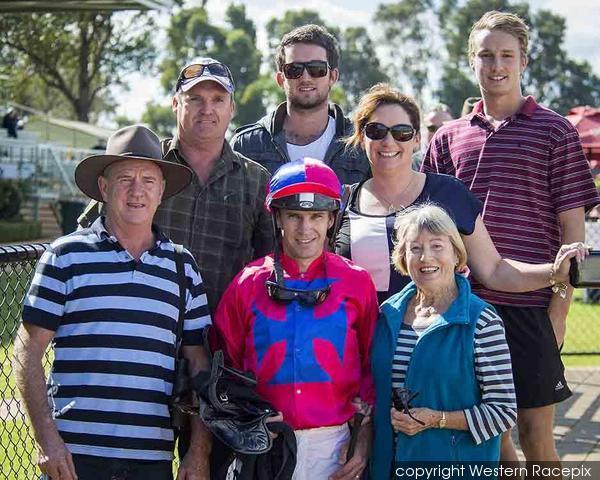 Three year old Pins filly Hopetoun was a run away winner first up at Pinjarra on Wednesday the 20th of May.

Purchased by Todd Harvey at the 2013 Karaka Sale in New Zealand, the filly has been a typical New Zealand horse and taken some time to mature. After showing great promise at her first career start in December 2014 also at Pinjarra where she ran a solid third, the filly has come back bigger and stronger and it showed in her resounding win "Hopetoun is a lovely strong filly, she is powerfully built and it was nice to get a result for her patient owners first up today'' said co trainer Rob Harvey.

Ridden to perfection by jockey Jason Brown, the filly was settled in the back half of the field. She looked to have a wall of horses in front of her into the home straight but Jason weaved some magic and got the filly clear, when asked for an effort she showed an electrifying turn of foot and won with a bit in reserve.

It was a great day for her owners with Ross and Sue Munns celebrating their first win as owners and were well rewarded after making the long drive from Jurien Bay to cheer Hopetoun home! Part owners Marie Almond and Barrie Dearle also had double the reason to smile as it was their second winner in four days as they are also part owners in Tradesman who won for them on the previous Sunday.