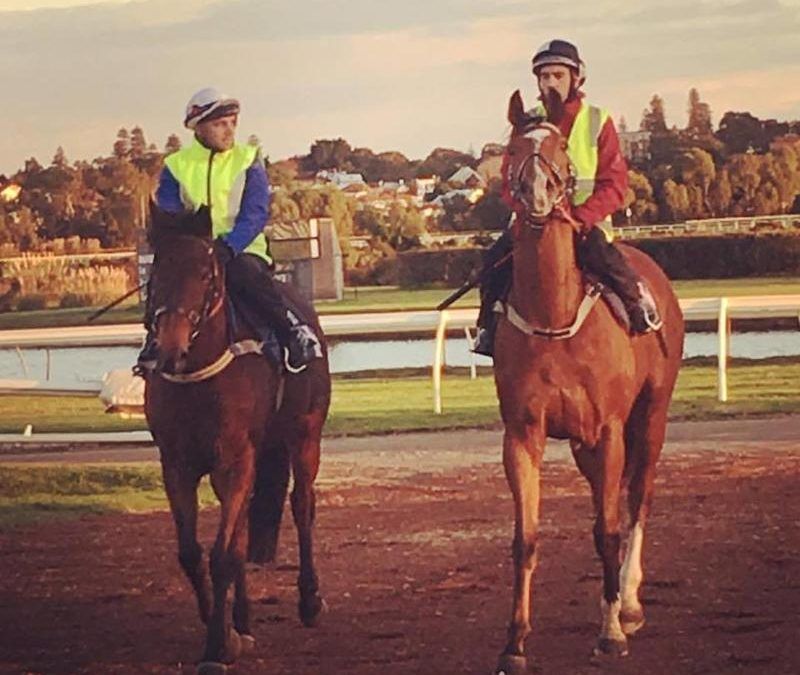 Saverio will be keen to kick a few goals on his return to the track at Belmont.

He returns in the TABtouch Maiden over 1200m following a strong trial performance, but it will be his first time at the races since November 2011.

His Zarantz and First Impressions form looks good, albeit from a few seasons ago, and he is well in the market.

The concern is the barrier, he and jockey Matthieu Autier exit from gate 13.

“He’d be a chance if he drew well, but he’ll go back and should be hitting the line hard,” co-trainer Todd Harvey said.

Wayside also resumes for the Harvey Racing team after a successful Geraldton Cup campaign last time he was in work.

If he shows the same form, a float ride to Kalgoorlie for the Cup could be on the cards.

He is engaged in the Devil’s Lair Handicap over 1400m.

Wayside is yet to win first-up and generally takes benefit from racing.

Shaun McGruddy has a good affiliation with the big fellow and the pair have drawn gate seven.

Saver pictured on the left and Wayside the right at track work a few weeks ago.