HARVEY TEAM DOUBLE UP AT BUNBURY 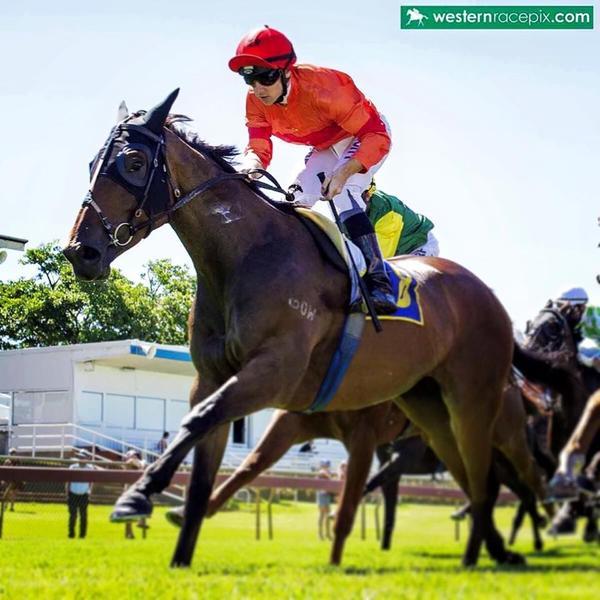 Consistent galloper Marchand and Blustery brought up a double for Harvey Racing at Bunbury on the 15th in what was a super day for the Harvey team!

Blustery racing first up blew her rivals away in the 1400m maiden for 3 year old and upwards. Ridden perfectly by jockey Brad Parnham the strong daughter of Danehill Express looked impressive in winning and more wins look in store for her. " Blustery has taken some time to mature" reported co trainer Todd Harvey " It was good to see her get the job done racing first up, she is a half sister to Perth Cup winner Guest Wing and we feel she will make a nice stayer in the future". Blustery settled in 7th position through out the run and came from 6th on the turn to record a good win. Congratulations to winning owners Lex & Shirley Piper who have showed patience with the mare.

Speedy galloper Marchand brought up the double for Harvey Racing when taking out the 60+ Handicap over 1000m. Young apprentice Jake Casey took the ride reducing Marchand's heavy impost of 59.5kgs to 56.5kgs and did a sterling job! "Jake rated the horse to perfection and rode the race instructions to a tee'' co trainer Todd Harvey said " It was a well deserved win for Marchand he has been a model of consistency this campaign with out winning so it was nice to break through with him''. Jake Casey booted the sure footed Marchand straight to the lead from barrier 1 and made every post a winner to record a very comfortable win. The win was Marchand's 4th for his career and his 3rd over the 1000m journey. Congratulations to winning owners Lex & Shirley Piper and Rob & Gail Harvey.

King Cool also ran a very good 3rd on the day in the 3 year old maiden over 1000m. The lightly raced gelding was narrowly beaten and a win looks just around the corner for the son of Due Sasso.