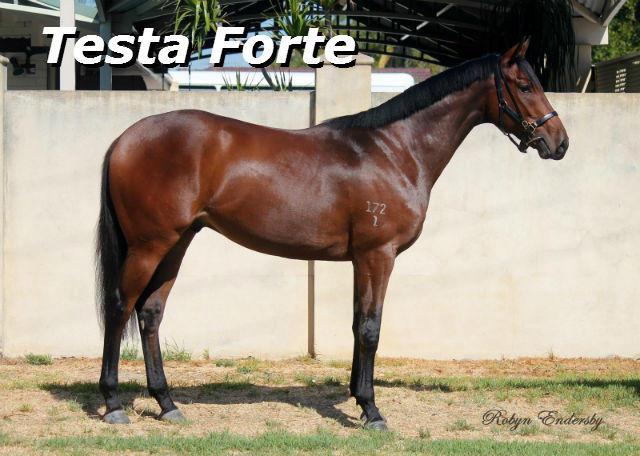 There were some encouraging signs for the Ascot-based Harvey Racing Stable at yesterday’s Lark Hill trials, with the father-son operation unveiling five unraced two-year-olds in the first two 400-metre heats of the morning.

The stable was represented by Testa Forte and Raging Ride in heat one, and Let’s Go Lakers, The Flirt and Iron Maggie in heat two, with all five juveniles showing enough to suggest they can make an impact when they are ready to hit the racetrack.

“It was a really good morning for the stable,” trainer Todd Harvey said.

“We had high hopes for a couple of the babies we trialled and they didn’t let us down, and we were pleasantly surprised by the forward performances from a couple of the more inexperienced ones.”

Harvey was thrilled with the effort of strapping Testa Rossa gelding Testa Forte to win heat one, and is expecting big things from Danehill Express gelding Let’s Go Lakers and McFlirt gelding The Flirt, who finished second and third respectively in heat two.

“Testa Forte is a lovely animal who still has a lot of maturing to do … so for him to win at his first trial was very encouraging,” he said.

“And both Let’s Go Lakers and The Flirt have already been well-schooled at trials and both showed ability when last in work.

“We are expecting both to be super competitive when they’re ready to go to the races.”

Harvey said all five will ‘more than likely’ trial at Belmont this Monday (May 26) and will all step up to 1000 metres.