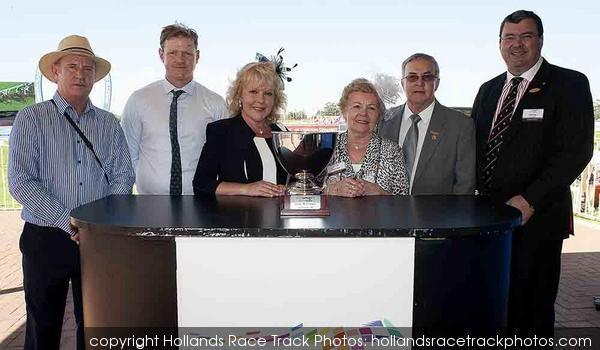 Rouge Dior's gutsy win gave her, her first win at stakes level when taking out the $100,000 feature for fillies and mares. Rouge Dior has now taken her prize money earnings to $284,985 from 8 wins and 5 placings from 24 starts. She has been a fantastic money spinner for owners Lex and Shirley Piper and Rob and Gail Harvey.

Rouge Dior showed electrifying speed from the barrier and took up her favourite role as pacemaker, Jockey Troy Turner held the tough mare together and in to the straight gave her full bore. Rouge Dior kicked clear and managed to hold off all opposition to win by a long head! It was a very good performance considering she jumped from barrier 13 and had the heavy impost of 58.5kgs. Rouge Dior really did show her class!

Winning a stakes race with Rouge Dior was a fantastic result! We all know how important winning these races are with good performing mares, it boosts their value further as brood mares at stud. Bred by the Pipers and Harveys Rouge Dior was sent to the weanling sale and when bidding only reached $250 it was decided to take the little Stormy's Son filly home, a good decision, although hindsight is a wonderful thing!!!