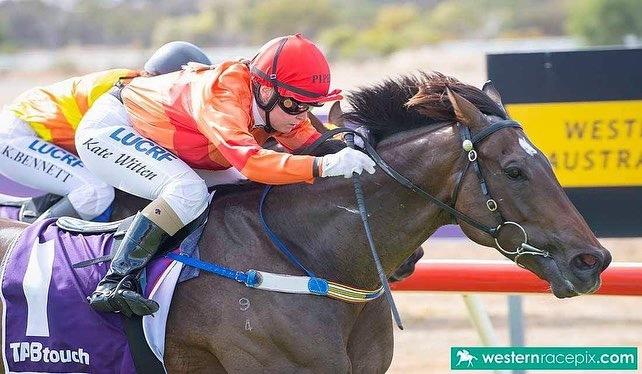 Finally French finally broke through for a well deserved win at Northam on Sunday the 5th of May. The ultra consistent Oratorio galloper ridden by claiming apprentice Kate Witten brought up his second win in just ten starts when scoring by a length under 61kgs in the WAROA Handicap over 1000m. After winning on debut Finally French ran a frustrating six second placings on the trot! So it was a very satisfying win for his trainers Todd and Rob Harvey and also his owners Lex and Shirley Piper and Tanya Harvey. Finally French is a full brother to quality galloper Marchand 6 wins and $235k in prize money, a half brother to stakes winning mare Rouge Dior 8 wins and $310k in prize money and Frenchman 8 wins and $225k in prize money! All Harvey Racing prepared gallopers.