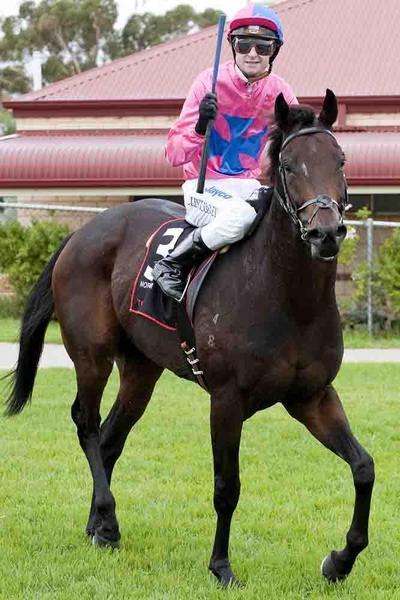 Beatnik Boy broke his maiden status with a determined win at Northam on Thursday the 10th of May. From a wide draw rider Clint Harvey settled him back in the second half of the field three deep with cover, coming to the turn Harvey peeled out to bring Beatnik Boy home with a strong finishing run. Beatnik Boy came to Harvey racing having been beaten a total of 56.75 lenghts for his previous trainer. Since joining Harvey Racing Nik has been placed 3rd first up beaten a head, and second up ran a top 6th over an unsuitable distance, so a very satisfying result for trainers Todd and Rod Harvey with this cast off galloper!! and very well deserved win for owner Bob Cocking who has show great faith in Beatnik Boy.