BACK TO BELMONT WITH A BANG!!! 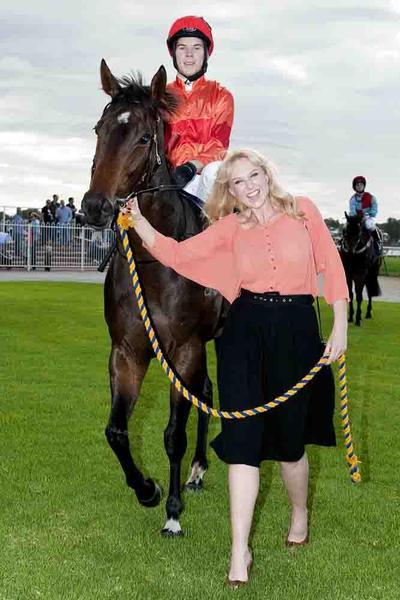 Quality mare Rouge Dior was back in the winners circle at the season opener on Saturday at Belmont Park. Rouge Dior was on the back up after running a good 5th at Ascot on the 28th April after a 7 week let up. Ridden to perfection by in form apprentice Ned Colbeck, Rouge Dior jumped well before going up to sit outside the leader, she then progressed to the front and Colbeck dictated the race. On straitening Rouge Dior was traveling strongly when Colbeck gave her an inch of rein and she put her rivals to the sword and scored a commanding win. In winning Rouge Dior brought up her 6th win from just 13 starts and has earned $160.000 for owners Lex and Shirley Piper and Gail Harvey.Rouge Dior was bred by the Pipers and Gail Harvey from the General Monash mare French Vanilla, She is By Stormy's Son a Metal Storm stallion that Lex and Shirley Piper also raced. Rouge Dior certainly is building a fantastic record and should provide some more success for Harvey Racing over the winter months.