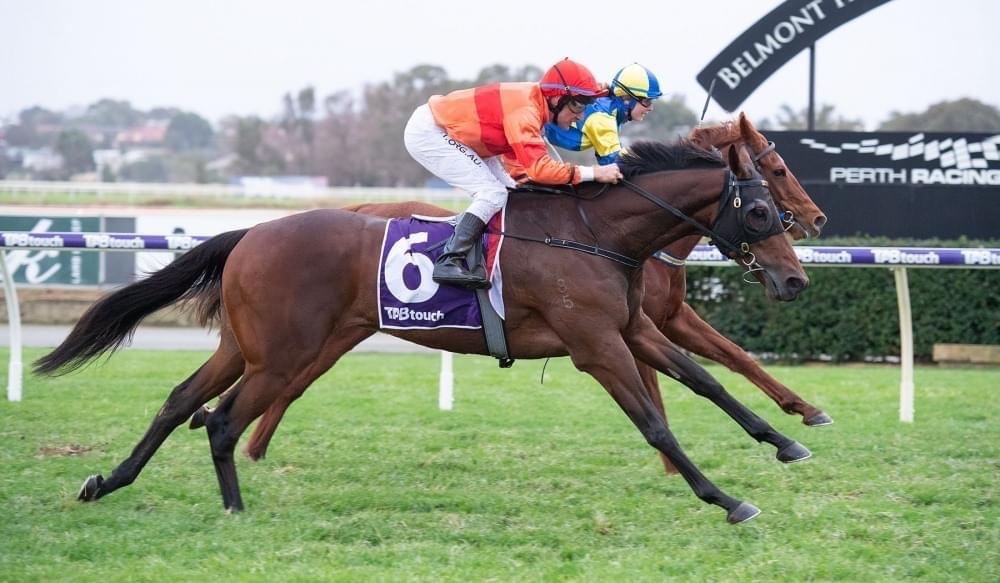 Avalon Bay showed his last start win was no fluke proving to strong for rivals again at Belmont Park last Wednesday the 17th. He was stepping up in grade to class three company and was coming off a 27 day space between runs but this did not stop him from putting in another very impressive performance to score again over the 1600m trip. Paul Harvey took over the reins for his latest start and piloted him well to score in a nail biting finish. He settled the Ocean Park four year old well off the pace from an awkward barrier draw, travelling strongly throughout the run The Pontiff didn’t panic he knew he had plenty of horse under him and brought him to the outside on straightening and let him down. He covered his rivals quickly and managed to get up by a narrow margin in a determined finish. Since joining Harvey Racing Avalon Bay has had five starts for two wins a second, third and fourth placing, he is  gaining confidence with every run and is a progressive type who in time may be tried at a longer distance.

Congratulations to his winning owners and breeders Lex Piper, Bruce Sampey, Kieran Glynn and Arthur Barrett who will be hoping Avalon Bay continues on his winning ways.